I have a 5-12-13 shadow dragonair, as a dragonite it’s 98GL IV and 90UL IV,not sure which to use it for or if I should save it for December for Draco meteor. I have 2000+ candy so that’s not an issue, I also have enough high pvpIV dratinis to have hurricane,draco meteor,and outrage for all three leagues(non shadow).That is my only shadow one so not sure which to use it for…

DM is too risky for such a frail mon, and Hurricane has higher coverage.

Definitely don’t need Draco Meteor. In any league you can encounter a fairy, you’re going to want that Hurricane for sure

A non-resisted STABed Hurricane is already quite the nuke in its own right.
Even with a double charged move, outrage + hurricane seems better to me than DM + hurricane.
Although, perhaps D claw + Hurricane might five better results in practice.

In my opinion the draco meteor is better. Hurricane is good against fairy, but not very effective on steel. Steel Pokemon are more than fairy on ML. Draco Meteor hits much harder at the cost of -2 attack fell.

Effective on fairy, at the cost of much higher
damage and (weakening the attack x2) 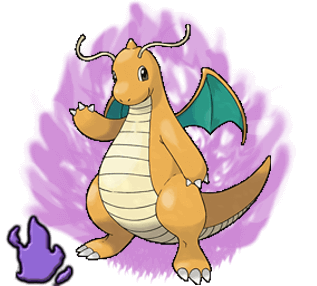 Draco Meteor drops Attack, not defense. And the higher damage won‘t help if Dragonite hits like a wet towel afterwards, since it has no chance to hit steels at least neutrally in the first place.

I do not agree
The Hurricane is even worse than Draco meteor for
the Steel Pokémon .
Rhyperior, Dialgia are just some of the Pokémon that can easily destroy Hurricane Dragonite

Even with Hurricane Dragonite still loses to the Fairies. Draco Meteor is more useful in practice from my experience.

He has got chance when he has got dragon claw.
@Lugiamaster0249 have got more than 2000 candy.

My choices…they both are fun but Ultra seems to have more success against more targets for me.

Hurricane all the way. I trully hate 3 moved mon with all attacks being same type, with exception of Skarmory, because Flash Cannon is awful.

So if i will ever use Gengar, it will have Sludge Bomb or Focus Blast, Gira O Dragon Pulse and my premier Nite has Hurricane. But Outrage is even worse than DM.

First of all, that 5/12/13 is going to be used in UL PC only, as there are currently no other league that suits it better. I think people are missing the fact that OP is asking for shadow dragonite, not a regular dragonite.

In theory, hurricane has 3 targets, fairy, grass, and fighter.

If any shadow dragonite users can correct me, please feel free and give a few examples on when hurricane can be used.