So I know we discussed her at length on release, but Jacques getting excellent tools (split battery, easily sustained 50% powermod, team invul, team crit/atk, passive stars) in exchange for not as much out of the box damage (but similar potential with very high investment) really drives home that Kama’s kit doesn’t have a USP relative to her competition.

-notably less damage in most scenarios
-hard def is evade; invul is better
-powermod is ST/RNG and doesn’t make face cards great because she has no crit tools/star weight
-bad cds vs Spishtar, 7/6/6 vs 5/5/6 with her main steroid on 7!
-burst is on 3t buff and has no method to reapply (

?)
-Kama didn’t get any Mara/onepiece costumes yet Spishtar gets her costume on release

Vs Muramasa
Similar damage potential in DCS/Oberon in 3t, except Muramasa has:

Vs S.Kiara
Better refund & wave 2 damage than Kiara, and ramps damage more easily in CQs as Kiara has her rank up to wait on for big debuffs. However Kiara has:

She brings much more team utility on similar to better cooldowns, timing aside.

It feels like Kama doesn’t get to offer much in exchange for being a worse Spishtar whereas the other premiere Arts loopers get kits loaded with either anti-gimmick throughput or bulk/survivability as a trade off.

Heck, go down a damage peg and Lolivinci enables support NP spam in exchange for lower farming damage (and is capable with mana loading of hitting great w2-3 damage if you watch 2 Castoria NPs, Oberon just compounds this).

Admittedly Kama is closer to Spishtar than say Kiara is, as she has 3t steroids and more refund, but her kit feels like a Spishtar v0.8 whereas the other alternatives at least offer something new/different that gives them some kind of value proposition (awesome art aside, thanks ReDrop) if you already have Spishtar.

She feels extremely vanilla compared to the servants before/after her event and it’s annoying as I’d like something to give her a USP for a roster with previous Arts loopers.

Kama somewhat feels designed around being a looper which makes her good but not particularly interesting.

OG Kama might be a looper at base but her great survival and ability to spam Charm makes her much more interesting to play with. 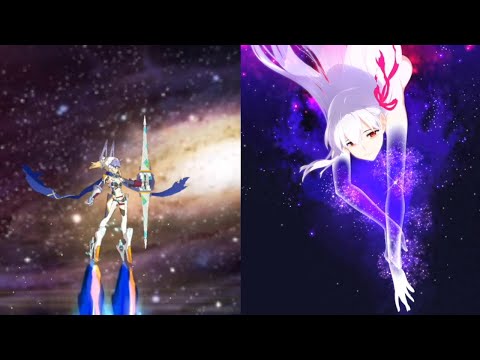 I’ve said the same thing. She doesn’t do anything gameplay wise to actually roll for her compared to the top arts points.

She’s basic. But basic is way better then dog shit. She’ll never get a buff to spam charm since she’ll completely powerceep space Ishtar so that isn’t happening. Maybe a self mod buff wouldn’t be too crazy.

I might have undersold her CQ damage bonus as I forgot she gets that def down after NP as well as her pmod stacks so long as the break bars don’t involve debuff clear.

But damage in CQs is usually moot thanks to swiss-army BG.

OG Kama is just exceptional. She might have to wait on her gold Fous until after Space Ishtar now, but competition will be scarce for a while in my Chaldea.

9/12 of the new SSRs this year have 50% batteries or more. It’s starting to get really stale and less special

NGL, now that i have Space Isthar at NP4, i kinda hesitant to give Kama Gold Fous as those and level 100 Astarte bridges the gap to NP5 but I’m not sure if i want to go that far.

Especially as she won’t show her true power until Castoria.

Every SSR from Avalon Le Fae has 50% or higher, can’t even recall who the last one without a battery was.

Although to be fair, this year hasn’t had as many Servants so it’s a lot more noticeable.

It’s Summer Okitan. The other two without a 50% battery is Galatea and Avenger Ushi

It’s going to get worst, especially with any new buster SSR.

That’s why I like Kingprotea and Van Goh, they have stupid high batteries but they require conditions and you have to work for them

I mean, Douman is pretty particular too as he’s more of a Support that can deal damage on the side.

My reasoning right now is that I’m likely to field Kama less frequently and that she’s already very good at her specialty with both lvl 100 and NP5.

Although I really like Kama, my thought is that Space Ishtar, since I like her, too, will be a solid Fou investment regardless since she’ll continue to be compatible with virtually any major support we could imagine and is an Avenger with high base ATK before her class mod.