Are you a Good Child or do you prefer the Life of a Rockstar!?

Umu, umu! I knew my people would remain faithful at all times.

Winner of the Third Quarterfinal is Nero Claudius Caster

Our Beautiful Emperor remains triumphant and strides into the Semifinal.
Without any hindrance she’s marching forward in order to claim the throne once again.
Only a small number of Servants is left that could possibly oppose her.

It was actually a close battle against Marie. Can Raikou win against her next opponent as well?

To say she made short shrift of Helena would actually be an understatement. She definitely won’t make it easy for Raikou.

raikou’s characterization may be far more improved compared to her previous appearances, but nobbu is still nobbu

If Nobu doesn’t win, something is very wrong with this world.

@belluchi your waifu or our lord and saviour Nobu?

I don’t really use berzerkers unless they are a farming aoe servant, and raikou Lancer hits like a truck isekai-ing someone.

Nobu vs monstrous girl.
Who win is obvious. Nobu is Nobu.
Raikou is…simply not worthy.

Vote for Raikou because Nobu is a bully and Okita deserves a swimsuit so she can win a swimsuit competition and Okita Fever can sweep all of Kyoto.

Plus I’m not a fan of Raikou’s design. The only one I like is the second ascension.
But had it been gameplay wise I’d probably vote the other way.

Now I’m in the mood to listen to the Nobbu chirping… hope that track is still on Youtube.

Damn the medea one killed me xD

Reminds me of Bonta-kun. Usually I don’t like the mail Nobu voices but that was impressive.

Found it mix I was thinking about.

(The Nobu cult is already taking over this thread) 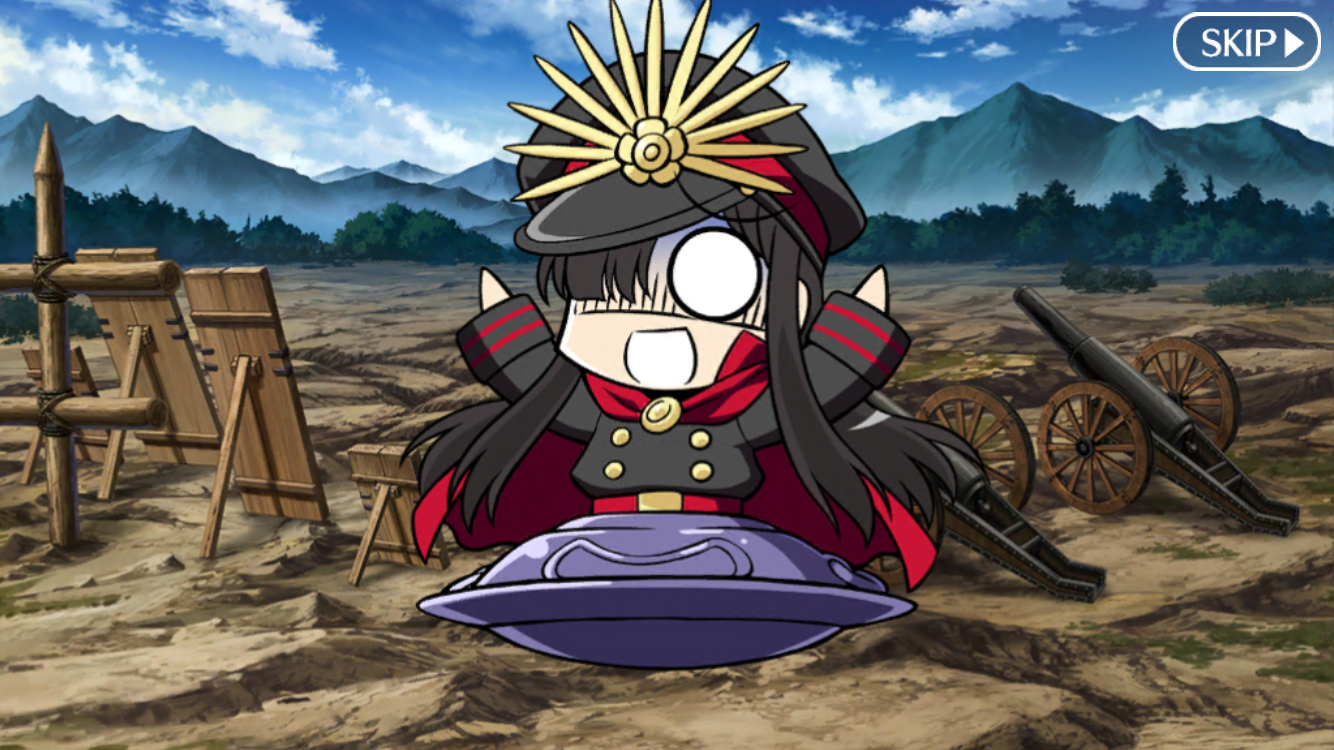 My favourite enemy is the default Nobbu.
I’ve enjoyed fighting them ever since I first met them in the Da-Vinci event.

Their design, animation and voices are adorable and always puts me in a good mood.

All Nobu cult members should be allowed one exception imho.

I won’t hold this against you and you know Nobu would tell you to be true to your feelings… and then have you executed via firing squad!

I won’t take any risk then xD

How do we not have a chibi Nobu FGO emoji?!

I’ll leave that to the more tech savy forum users to make!

I’m going to need a few hours to think on this one. I like both but I have preference for Raikou, especially since I’m not as enamored with Nobu Berserker like I was expecting to be. But Raikou’s beliefs goes against the Waifu / Husbando Simulator. She wants to stop our waifus from wearing one pieces and bikinis and husbandos from wearing speedos, mankinis and maybe just little smiley pasties over their band instruments. I don’t know if I can get behind the prevention of morality’s corruption.