Well they did and it’s called: “Yu-Gi-Oh! GX” and it was awesome. 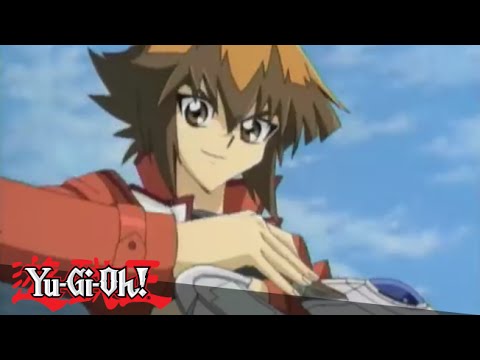 GP still hasn’t added a section for Master Duel, so we’re continuing this runaway train until they do so! Feel free to drop by if you want to ask for help whether it be deckbuilding or pack purchasing, want a duel or shitpost in general and share some memes! And of course if you’re interested in trying the game for yourself, here’s the steam page:

Didn’t know the other one died.

Also anyone got any good deck ideas for the one limit tournament deck?
Tried to do a Rokket-DL Deck but it’s kinda… wack.

Speaking of Avramax, he has a homescreen monster art now in the Gold Duel Pass. The thread lives on!

I got to do a combo that ended on REDMD + Borreload (Regular), then got King Ghidorah Kaiju’d and got my entire graveyard shuffled back into my deck which meant my setup for the next turn was gone. Then I realised I had nothing that could really out a timelord since they’re invul to destruction effects and my entire deck was built around destruction effects until I remembered I did have a monster that could bypass that effect.

It was Hieratic Seal of Heavenly Spheres, in which it targets but bounces a monster back to the hand and the best part? I don’t need to sac the Spheres itself and I could sac any monster I had either in hand or on field, so on their next turn, they bounced back the Fire Timelord, summoned out the Rock Timelord and I bounced the Rock Timelord back to their hand and since that counted as a NS, they couldn’t do any other normal summons.

Of course he had a bunch of a bunch of annoying traps Magical Cylinder (and Mahaama that burned me for 3.3k) and almost killed me for game since he used Ceasefire, and there were 4 monsters on field while I had like 1.9k LP left at that point, so I had to sac the King Ghidorah Kaiju and bounce the opponent’s Mothra Kaiju in order to live since the Mothra Kaiju could just attack over the spheres and kill me for game.

Of course they thought it was a good idea to Kaiju the Sphere, but that let me get a free dragon from my deck since the Spheres effect says that so long as it’s tributed, I get a free special summon from deck. And using that free dragon, I Link Summoned Pitsy which let me win the game since I was just off lethal by 100 LP from attacking with Mothra and the Normal Summoned Silverrokket.

And they were dumb to put Mahaama in attack mode which let me kill them for game instead of letting it stay in defense mode and potentially kill me the next turn if I was dumb enough to attempt to attack for game. Totally not stealing this for nefarious purposes

Although actually, I could try and do a Normal Monster Beatdown deck…

It might work, but I wouldn’t really recommend it.
Instead I feel like anime character based decks are actually viable here since most of their cards are meant to be a one in the anime, just like in this event.

Aight copied that dude’s deck with a few personal touches What the hell is with all of them being limited?

Okay giving marshmallon the boot, just got demolished cause of him

My god this event is magical, set Terraforming to bluff and win when your opponent rams into a set Ash Blossom with Tsuchinoko

It’s an ingame event where most of the cards that aren’t limited are limited while some are banned.
Of course this is where the fun begins because that means many, many decks have their consistency shot to the ground, and now we’re all like YGO characters since we have to make do with jank decks that have only one-ofs in their decks.

Basically: we return to playground yugioh and mostly have back and forths unless you’re trying to go for some degen strategy.

I’ll be honest, I haven’t even attempted the limit festival at all… I’ve been distracted with Triangle Strategy.