Thoughts on Command Codes for Kiara?

I still didn’t use any ccs, but since I love using her, Kiara’s banner is coming soon and I hope to finally get her to NP3+, I’m thinking of finally using some on her cards, what do you guys think would be interesting for gameplay? You can also suggest future ccs

Here is a thread with advice on command codes, both general and specific.

Kiara has a Command Code of her own, Nun of a Merciful Gaze and Warm Expression, which is a while away yet, but would improve her anti-Ruler niche. It would probably go on one of her Buster cards.

Alter Egos are middle-of-the road for stargen and Kiara has low hit counts, but crits pretty well when she can get them thanks to her passives. Hence, stargen. Crest of Humanity (ironic, that) would be good on her Quick or Arts cards, and Holy Night’s Aurora on Arts or Buster. Armament of Victory would draw those stars to a Buster to do some facecard numbers. If you plan to solo with her, White Vessel’s Command Seal or at least Cure are good for clearing inconvenient debuffs.

Parvati is lore-linked to Disillusioned Blossom’s Command Seal (any card will do). She wants damage up generally. Her stargen is great but her base damage less so, so Lady of the Red Jewels’ Command Seal would give her some crit strength to make use of those stars. (Code: Burst as well, to a lesser extent.)

I have no particular thoughts on Jalter Summer. Berserkers don’t do stargen natively very much, but her hit counts are pretty good, so stargen ccs will give her a bit of a boost, along with star weight on her Arts.

Since it’s been mentioned, personally I am emulating this CC-setup here for our Savior: 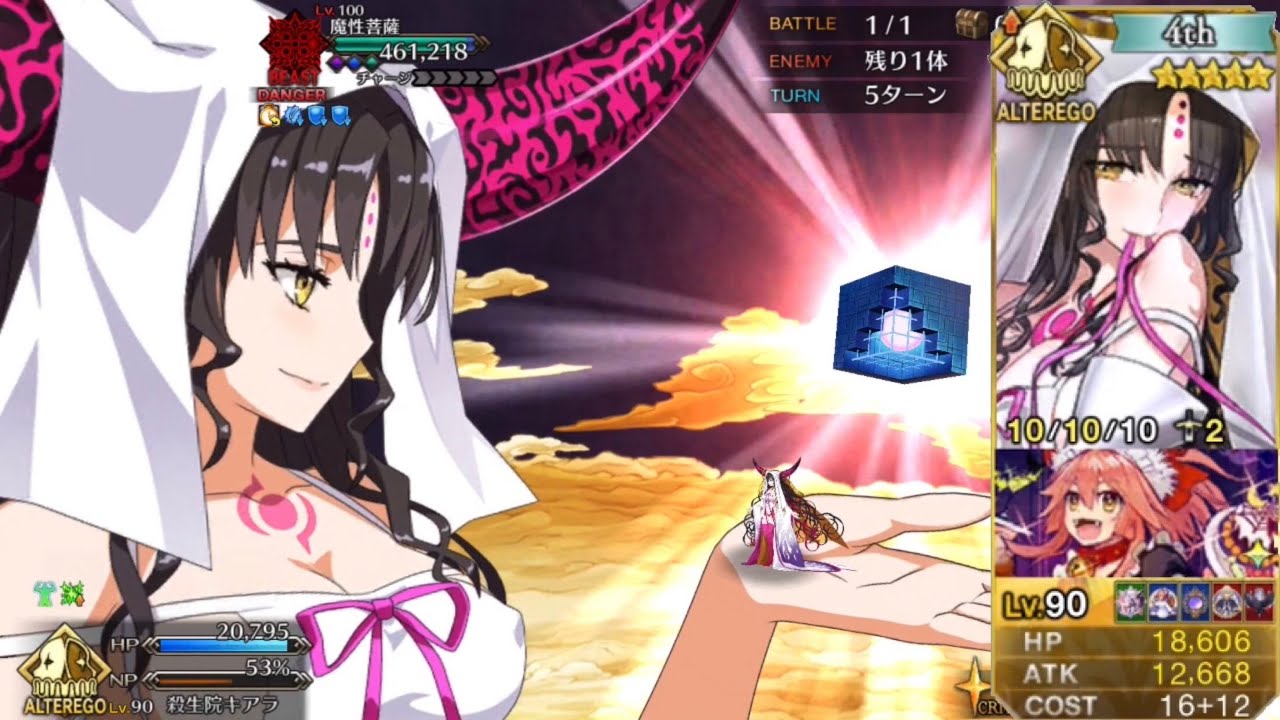 Fox CC and Mirror are already parked in her arts-cards, other 3 (jeannu-CC for a CD based heal, Merlin-one for fixed 10% NP also on CD, griphon for crit-buff removal AFAIR) are yet to come.

I couldn’t think of anyone more fitting to reply to this thread other than you tbh. I love your Kiara , used her the other day vs Knights at Royal Castle to test tamamo’s buff

Ty all for your suggestions, I was in the right path then, now focused, I’ll carefully analyze my options, and thank you specially for the thread about ccs, tried searching but couldn’t find anything specific about our Demonic Bodhisattva on the web and I hate starting repetitive threads on forums

I would give both my kidneys for Maid in Halloween. Yeah, I am aware you can’t live without any kidneys, and I don’t care.