Turns out everyone’ll be working at home due to quarantine, so since the computer is going to be getting hogged up for work, I’ll need another way to kill time before Animal Crossing this Friday. I’ve been behind on 3H so I figured why not catch up on it to kill time and try to spice up my playthrough while I’m at it.

So here’s where everyone else comes in. 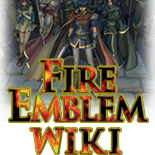 This is a list of classes found in Fire Emblem: Three Houses. These classes don't require a Certification Exam to access. Commoner and Noble both require 20 class XP to master, while Dancer requires 150.

Great Knight Flayn. If this is too difficult to do in one run, recruit Leonie and make her a Falcon Knight as her end class.

@SkulduggeryUnpleasan
Anything goes. I’ll make it work, and even if her and Mercie get Str screwed, they’ll be hella tanky

My own GK Flayn tanked mages and physical units.

She has a weakness in axes, just to warn you. You’ll have to do a bit of grinding to ensure that she can become one.

That’s what New Game+ is for. Crests don’t feel worth spending on, so I’ve got plenty of Renown to go around to give everyone a boost if they wind up falling behind

Dark flier lysithea, because you need at least one (1) nuke

With swords and lances since swords will give him avo and I really want to see post timeskip Dimitri wielding his relic as a dancer.

Since I plan on boinking Dedue in this route, I was actually considering making him my Dancer before I decided on this PMU. The idea of him dancing for his retainer and his teacher was too good a mental image to pass up

What would felix as a Great knight be like? He has probably the best shield in the game. You’ll need to train axe’s armor and horses to get him up there.
A dark knight is another altrernative, the opposite of his father. He will need lances reason and riding to do that though.
In my very first playthrough I made him a dark bishop and thought he was pretty good being able to do high physical attacks up close and pretty strong high crit magic from far away, he gets +10 crit on black magic as his budding talent but only learns thunder and thoron so it won’t have as much base crit as the Fimbulvetr. Putting him on a horse sounds good.

Great Knight or Dark Knight? I’m not the one steering this here.

I see you already have a great knight, but I also see you have flying death and destruction

. I do think that you could use a tank that can use magic so I choose dark knight.

Honestly, this feels like a cool Idea to me and I want to do it now.