Here’s something for us to speculate about. With the upcoming Chapter 6 (30th June for JP version), Blaze is going to get released soon too, the only question is when is the banner gonna come?

There’s supposed to be a banner before Blaze’s, the Drillelectric one featuring Exusiai, Reed and Broca.

Do you think the two banner will be released together? Will blaze only come in mid July? Is there anyone you’ll be wanting to pull?

Personally, I might go for 10 pull on drill electric (or until first 5star). Then go all out for Blaze.
However, if the two banners get released simultaneously, then I’ll go all in for Blaze first and see if I have any resources left to use for further pulls.

It’s pretty hard to say since we’re running on an accelerated time table. It is possible that they could release them very close to each other if not simultaneously, similar to how they did it in Code of Brawl.

Personally I won’t be spending a single amount of Org until W gets released. Got disappointed from not getting the two Lupos (Texas and Lapp) twice in a row

I assume that the Blaze banner might drop during the release itself like what they did with Ch’en for chapter 5. And since the JP server is I think only a few days to a week ahead of EN then either expect it somewhere in the middle of the first week of July.

As for the Drillelectric banner my only guess it’ll happen a little bit before since in JP the new standard banner is announced featuring Magallan and Ifrit (Ifrit being the one in the shop) alongside FEater, Pram, and silence with Pram being in the shop.

When does Lappland get added? I ain’t gonna have enough Certs to buy Siege this time so I might as well get someone else.

Well, as I see now in my Twitter feed, JP has CC simultaneously with NA, ~15 hours ahead of us, and lately it’s the same with events start, so I’d say we’ll get Chapter 6 on 30th as well.

Yeah, we’re definitely not having this exact banner. We literally had Ifrit on a standard banner and in the cert shop two banners ago (on the 10th).

Would be nice though if it did, or at least appear later for its Magallan’s second banner since her release. Not that she’s amazing or anything but is a fun operator to give a look.

Nah, I’m pretty sure they’ll just repack it with some other second 6* since all featured 5* don’t have a recent rate up (the closest being FEater released on Ch’en’s first banner).

Welp my Ifrit dreams just went up in smoke.

Not sure how true this is but dang we gotta save up orumdrums now. Banners gonna come thick and fast.

Yeah, we’re definitely not having this exact banner. We literally had Ifrit on a standard banner and in the cert shop two banners ago (on the 10th).

JP had Ifrit in the shop two banners ago as well…
Like you said they’re the same as us just half a day ahead because time zones.

Not that I mind having Iffy on every banner, but that would be… really weird. 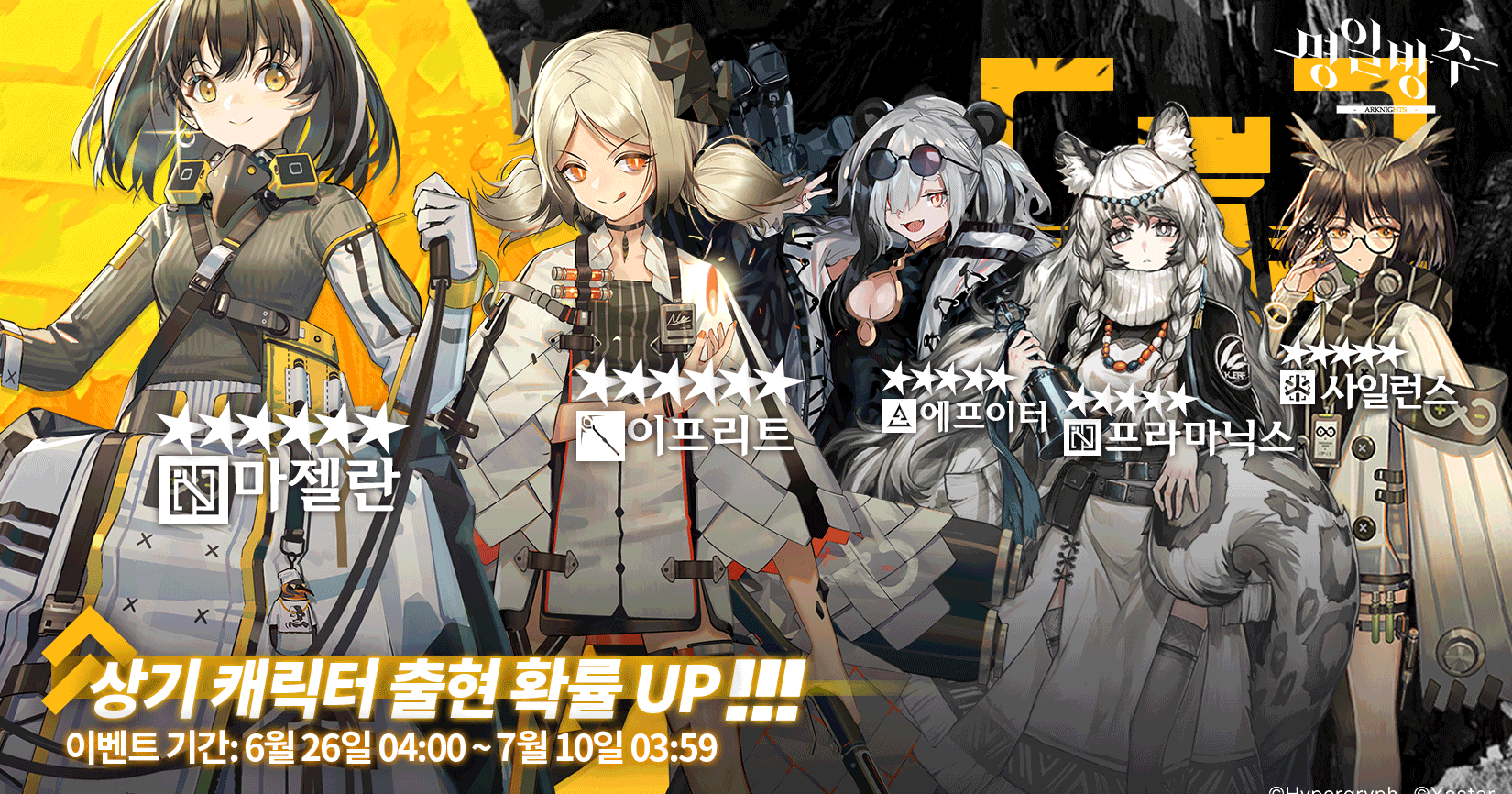 We’re getting Enthusiasm, Expansion, Explosion on the 30th and then Drillelectric two weeks later. The dates for the next four banners have all been datamined.

Enthusiasm, Expansion, Explosion on the 30th

Three Banners all at once? RIP F2P

Iffy definitely has fans among devs. I mean, she’s a good girl, but erm, so soon on another standard banner and in the shop again O_o

Calling her Iffy makes me think of someone else.