The Next Update Is on Its Way!

The following will introduce the new features and changes in the Ver. 6.7.0 update.

■ New skills are being added for a Legendary Hero

Roy: Blazing Lion will receive a new weapon skill to refine at the same time, so be sure to check the section of this notification labeled “New weapon skills and weapons to refine are being added” in conjunction with this section.

■ New Memento Events are being added to Heroes Journey

New Memento Events are being added! 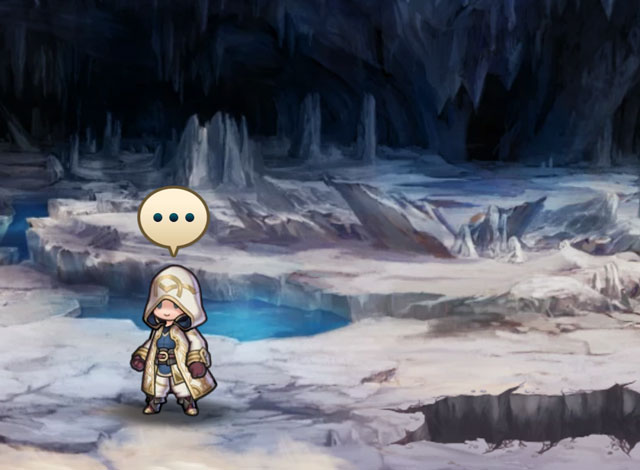 ■ The lineup of Limited-Time Combat Manuals is being updated

With the release of Ver. 6.7.0, players will be able to obtain Divine Codes (Ephemera 7) from events and exchange them from an updated lineup of Limited-Time Combat Manuals using the Compile Combat Manual feature.

Divine Codes (Ephemera 7) will be able to be exchanged for the following Combat Manuals:

■ New weapon skills and weapons to refine are being added

The following Hero will be able to learn this new character-specific weapon skill at 5★:

・ The weapon above can be upgraded in the Weapon Refinery after it has been obtained.
・ To learn weapon skills, tap Allies, then Ally Growth, and then Learn Skills.

The following weapons will be able to be upgraded or gain additional special effects by using Arena Medals and Divine Dew:

Dragonbind
Hero who can learn this skill: Roy: Blazing Lion

Shadow Sword
Hero who can learn this skill: Mareeta: The Blade’s Pawn

Gjallarbrú
Hero who can learn this skill: Fjorm: Bride of Rime

Note: To access the Weapon Refinery, you must clear Book I, Chapter 13 in the main story and then clear the second Intermission map, The Rite of Blades.

■ Arena Assault+ is being updated

○ The blessing filter will be set by default on the Edit Teams screen.

The blessing filter will automatically be set to the blessing of the appropriate season on the Edit Teams screens of Arena Assault+. The Edit Teams screen can be accessed after you tap the Battle button for the first match, then it appears again after selecting your opponent in subsequent matches.

Note: You can reset the filters manually as well.

○ The amount of Dragonflowers obtained from Rank Rewards will increase.

With the season starting 7/12/2022 12:00 p.m.(PT), the number of Dragonflowers awarded from Rank Rewards will increase at all ranks.

■ Summoner Duels is being updated

○ You will be able to increase your Favor Level to level 2,100.

■ Aether Raids is being updated

○ Some structures will have their level cap increased.

○ Aether Resort is being updated.

○ The following issue that occurred during Ver. 6.6.0 will be addressed.

・ When you take part in a mock battle during the time between when the season ends and the following season begins, the Bonus Allies from the preceding season will be treated as Bonus Allies. There are also circumstances in which your opponent’s defensive team will not be updated in Friend Mock Battles.

■ Mjölnir’s Strike is being updated

○ A mechanism is having its level cap increased.

・ Summoner Aflame: up to level 6

The following Heroes will be available to summon using Heroic Grails:

○ An issue in which damage values are calculated incorrectly will be resolved.

We will resolve an issue in which incorrect results are calculated when several effects that reduce damage by a certain percent overlap and the ratio of damage reduced gets extremely high.

○ Some of Larum: Dancing Bride’s voice tracks will be changed.

Please note that during the maintenance period you will be unable to play Fire Emblem Heroes.

That’s all the news about the update!
We hope you continue to enjoy playing Fire Emblem Heroes.

I’m excited about what they do to Panne being the only F2P cavalry beast. Her stats are so low she needs a really good weapon

Other than that the manuals are a bit meh!

I’m mostly excited for Mordecai’s refine… his prf is already quite solid for mass debuffing, so some kind of Plegian effect would be immensly powerful

Oh yeah, and Roy is still our prime racist boi

Finally L!Roy will be useful

Not sure who to give Spurn to yet tho

Is it even worth mentioning at this point that we’re AGAIN missing out on the refines for Dire Thunder, Armads, Missiletainn and Sinmara? Armads +Eff / HP +3
If unit’s HP > 25% and foe initiates combat, grants Atk/Def +5 during combat and unit makes a guaranteed follow-up attack.
If unit’s HP > 25% and unit is within 3 spaces of any ally, grants Atk/Def +5 to unit during combat, and also, if unit’s Def > foe’s Def, reduces damage from attacks during combat and from area-of-effect Specials (excluding Røkkr area-of-effect Specials) by percentage = difference between stats × 4 (max 40%)

This year is too good for me, beasts are my favorite units and they will keep on appearing in every refine update.

Biggest news for me is a free S!Dorothea merge. Not that I ever intend to +10 her, or any 5* ever again, but she’ll be +4 with all her tasty forma skills.

Panne I am very interested in. I liked her in Awakening but never merged her here as she’s dreadful. If she gets a Selkie-level refine with +16 to all stats plus a couple other effects then she’ll be worth doing. 41/29/34/30/23 base stats need a lot of help.

Kjelle’s prf being called Heartbeat Lance seems a bit off to me. She does love training but something workout or muscle related would’ve made more sense for the name to me. Weighted Lance would’ve been ideal but Gwendy already took that. Doesn’t matter what effect they give her, she’s the same rarity as B!Hector so she’s screwed already.

Kjelle getting a refine… this early

I’ll be super anxious and anticipate on the next batch.

(There is still hope in the next months for them)

It’s friday… I’m as slow-witted as it gets

But for real now, it’s interesting that IS starts with refines for June 2019 before even finishing the banners from April and May 2019… Well, I knew he was gonna get a new B and that it would be either DR or NFU, the latter of which I’d already given him.

I like the remixed C, wish it didn’t have the racist restriction but I was expecting it after Groom Roy. Also wish at least the 2 extra effects worked from 3 spaces, but it’s fine. I use him with +9 Lector, so buffs are gonna be easy.

Looking forward to major Fire season and his refine.

When only one of them is still arguably just as good (Ophelia).

Hector got Berserk, Rein has his natural class advantages of Brave Tome Cav.

Tf does Surtr have, he’s near death after one combat with many 2022 units let alone burn them after now they all have Canto.