Greetings fellow masters. I’ve been playing this game for about 5 months now and though I gained a lot of experience I want advice from a veteren before i tackle the seventh singularity: Babylonia.

Note: Please also tell me bronze or silver servants you think are good because besides medea( which I raised because of waifu reasons) I thought gold=good silver and bronze=bad.

Damn near every 1-3* servant is good at something, so how’d you get that mindset?
Hell, some of them are better than certain gold servants

GOLD has tempted me and i turned into a gilgamesh

Bronze has some real gems that I overlooked too. Silvers too, and sometimes that is just for keeping party cost down.

Arash, battery and strong np, dying to make room for someone else is a useful strategy.
Spartacus, another battery and good wave clearing np
Leonidas, loves to take the heat away from any glass cannons you’ve got.
Eurayle, best man slayer
David, team defense with party 1 hit evade
Cu, the immortal cockroach. Cycle his skills right and he just doesn’t die
Robin hood, you’re friendly neighborhood nuclear bomb of an np.

While you can get by just fine without raising many of the bronze and silver Servants, there’s no point to overlooking them entirely when they require less investment and can help you. Sometimes the lower party cost is helpful as well, especially when your Master level is lower.

Arash, Hans, and Spartacus come to mind as some of the easiest and most useful Servants to help plug your roster.

If you beat Camelot already you shouldn’t have much difficulty with Babylonia. The difficulty is about the same, but with less gimmicks and maybe beefier mobs. There’s only one significantly challenging (and rather gimmicky, incidentally) fight in Babylonia.

Notable DPSes that hit extremely hard for their rarity are Bedivere (strongest Saber NP unless you have multiple NP levels on gold servants), Ushiwakamaru, Robin Hood, Caesar (supplants Bedivere in two years, often used as a buff bot). Cu (FSN) is notable for his extreme durability thanks to his spammable evades; he’s often used as an anchor, though his damage is just moderate. Lu Bu has an extremely hard-hitting NP, but has difficulty gaining NP and is usually a one-shot due to his lack of survivability. Jaguar Warrior is actually low-key very strong, but suffers like Bedivere in being story-locked, so you have to invest through specific gacha banners to get her up to higher NP levels.

There are other interesting low rarity servants, but those are the main ones. The others tend to be stopgap solutions until you pull a gold servant, or pretty niche, like Asterios in certain boss fights and Inshun for soloing. Paracelsus will eventually be a key piece for looping setups.

Is euryale better in man killing than artemis?

Thankyou. I’ll keep those you listed in my raise servants list.

I undeestand everything else but do I still need cu if i have herc?

Not necessarily. If used as an anchor, they might end up surviving about the same, except vs archers for Cu. But Frontline use cu lasts much longer than herc. Pop protection from arrows right away, and often the skill is of cool down by the time he actually takes damage when you can pop it again.

I prefer Eurayle to Orion vs male. Higher np gain rate, battery, and anti male trait on np not a skill means much more rapid fire destruction (while he’s helplessly charmed). I don’t have Orion or waver, but when I’ve borrowed him, I’ve really struggled to charge np.

Artemis has more damage on both her NP and cards, but her NP gain is pretty weak in my experience so she tends to be a one-shot unless you’re providing her with outside support. Euryale is more fragile (no hard defense and less HP) but offers much more utility and control. Two Euryales can often charmlock even the most dangerous male opponent (e.g. Megalos) for most of a fight, and you can even create meme charmlock teams with Euryale and Stheno to charm male oponents for the entirety of certain fights.

Herc is better as an anchor. At bond 10 for all scenarios except poison/degen, or at any bond level with Volumen CE. Cu is a better team player and will be better vs. Archers.

I’ll just adjust this so it’s easier for people to read:

Thank you for that, I hadn’t actually tried to read all the servants, because it was wrong direction.

@Void_shiki_is_good_f If you have Waver, invest in him. He was the best QoL Servant I’ve ever pulled for my roster. (And he seems to like me, for some reason. He’s at NP4.

Maybe it’s because we have the same hobbies?)

I’m personally partial to Inferno, partially because she also shares my hobbies, but she’s also a rather decent ST nuke.

Berserker of El Dorado is considered one of the best Berserker, because damn she has a lot of team support for someone who’s supposed to be a mindless brute. Herc is definitely the better anchor though. (Have fun getting him to bond 10, though. I’m still working on that, and he was my tutorial Servant.)

Enkidu has a rather weird deck (three quicks with a buster NP), but he should be getting an upgrade in the near future that will make his NP deal the highest neutral damage of all Servants. (Currently held by Maid Alter.)

Mash is an all-around good support/defensive Servant, and her 0 cost really opens up possibilities. Jalter has the highest maximum atk in game currently. 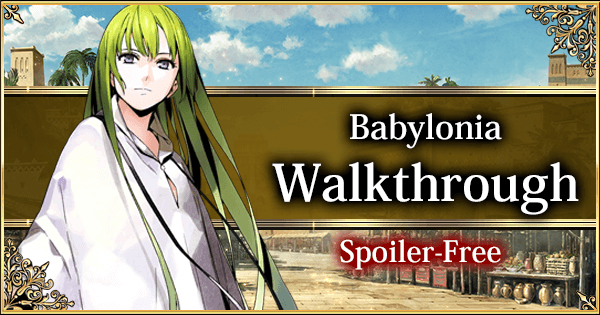 Thank you Dvid for the detailed advice! I understand everything except the locha goddess part ( I’m guessing your talking about Quetzalcoatl) . Is she like lancelot ( who becomes a ruler) or Tristan (who switches his weaknesses )with their gimmicks in camelot?

Also are there other servants for her gimmick since I’m still bond level 9 with herc.

basically you want to use servant with a different alignment (chaotic, summer, etc)