I know Oberon beats them both by a huge margin.

Was the Debate/ Argument between these two ever settled? Like did the community ever have a major consensus on who was better?

I remember when Reines got her charge, everywhere I went to was a Reines versus Waver comparison thread.

It depends on the situation. Reines is better for stalling if you intend to field a Berserker as your DPS. Waver is still better for running 2 DPSs.

There’s also whether or not you need crits, assuming they aren’t being used for an NP-only 3T clear. Reines doesn’t have a crit buff, and as a Rider will eat up stars.

There’s no definite answer since it’s situational. There are some things only Waver can do, and there are areas where Reines is objectively better.

Both are fighting for second place.

You right, that will happen in several days

Waver has 30-10-10 charges, with 20% being partywide, and both the attack and defense buff with it, and a solid targeted crit buff. His NP, should you get to it, includes a stun and a charge drain. His bond CE is a partywide Buster buff. He has a triple Arts deck too, great for chains.
That said, his kit has no hard defensive measures.

Reines 10-20-20, with only 10% being partywide, and while her defensive buff is partywide, it’s 5% weaker than Waver’s, and her attack buff is targeted. It’s also 10% stronger than Waver’s, but, targeted. Her third skill has a targeted 2-hit invincibility. Her NP removes defensive class disadvantage, great for Berserkers in particular. Her Bond CE is a partywide Arts buff. But she is a Rider, and will steal stars from the DPS. She has a 2A2Q deck, which isn’t the best.
In the future, her NP gains an NP gain and NP overcharge buff.

They’re both largely class agnostic supports, though Reines has a bias towards Berserkers…

And finally, Reines is limited, whereas Waver can spook you at any time.

But no, neither has a clear advantage over the other.

I meant Oberon. But I guess that means they’re fighting for third place instead.

was totally assuming the same, but then read the description. mildly disappointed. 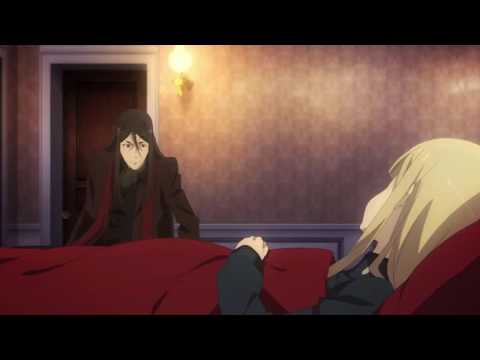 Yeah, I came into this thread thoroughly disappointed before reading the actual OP

Aside from 50% charging and AOE defense down, they’re geared to serve very different purposes.

I honestly thought so too. And I was wondering what brave soul decided this was the place to discuss it. Slightly disappointed. That conversation surely would have been a dumpster fire and I would have been all for it.

I’d say Reines has a slight edge, but only because of the state of the game. She’s a teeny tiny bit better at dumping into one target and getting the whole fight ended in 3 turns or fewer. I’d actually argue Waver has the stronger base kit - larger total charge means more composition flexibility overall (even though Reines can split her 20s to give 30 charge to two targets, a threshold Waver can’t hit) and a strictly better NP gives him the ability to do a little bit more with a little bit less. But Reines is better suited to loop farming, which is where we are in the present.

Reine’s NP gain buff on her upgraded NP is fantastic - provided you’re employing her in a shell where you’re guaranteed to use something that generates gauge while the buff is live, meaning it’s pretty much only good for loop comps, which is bad because it means you need to drop a CE slot to charge her most of the time. Otherwise, she cannabilises card priority to keep herself charged, restricting the usefulness of the buff even further, since you may have to drop cards from your DPS to keep Reines cooking.

I do think Waver could use a little extra juice on his NP at this point without really damaging the state of the game. Raise the stun chance, maybe, or give it a 70-100% chance of also stripping buffs or something. Something that plays around that control angle so it doesn’t really boost his power outside of control builds but pushes him a little further inside them.

or give it a 70-100% chance of also stripping buffs or something.

This belongs to my sus priest. Get away from him, you bitch.

Wow those really are some crunchy big twin arms.

70% of the time it’d fail every time tho

Or at least when you most needed it