What a weird raid (Zweilous Raid)

So Deino’s community day ended and then: BAM! Zweilous coming from “Tier 4 eggs”: 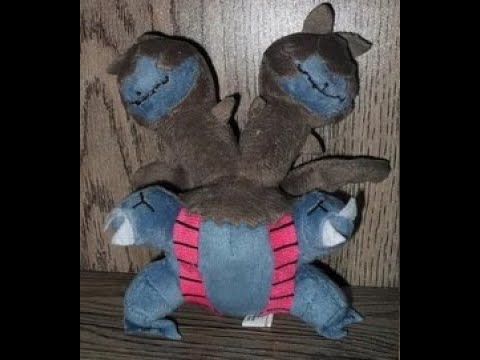 Trust me, I’ve tried it with 2 XL Shadow Gardevoirs against the crappiest set (Double-dragon) and I was able to threw half of it’s HP before the timer ran out. So it’s a duo then? Yes it is, but isn’t an easy one either.

Fairy-types aren’t that common in raids and are outclassed in general when the weaknesses of raid bosses are shared with other types. This is the only occasion (Unless we get Scrafty as a raid boss someday) where this type shines above every other one.

Kinda unique, I like it but I hope they gave us the regular 300 second timer in the future. Who knows?

I wondered why people were talking about it as being so difficult when it doesn’t have particularly special stats, combined with a double weakness.

The duo looks simple at best friends assuming you have the right counters but I never got the chance to do it.

Overall though, a bit of an oddity, another badly executed and counterintuitive feature in my book.

Zweilous’s stats are plain garbage. But with 15k HP and 3 minutes to beat it was really painful. Not to mention Fairy-types aren’t as much as used on the raid scene. Maybe on Palkia raid? Hope the next community day got that fixed lol

It’s cause it has two heads. So, it’s like having to beat two Pokémon. That’s true.

But Doduo is pathetically weak.

I get it, what a stupid, but in no way surprising, plan by niantic. I wonder how many wasted raid passes thinking it would be a stock T4?

Was it announced as being that way in advance? I didn’t really read into it beforehand.

A minor question: why use Moonblast on Mega Altaria since Dazzling Gleam is far better?

Cause those Altarias were from community day and we use them also on Ultra League. I’ve realized later that Gleam is better. I was dumb lol

It was hinted at with the raid eggs being unique. That said, in typical Niantic fashion none of the exact stats were released.

Aye, the “unique”-ness being additional shit, rather than, say, shorter spawn/hatch times on the back of the main Cd event, increased/different rewards etc.

I might try paying for my next event ticket with “unique” currency and see how that goes down. I used to think niantic were just really shit at planning and communication (I’ve always maintained they aren’t stupid) but they’re displaying a higher level of cynical political style organisation than I like to see in my entertainment providers.