What community day in february is everyone hoping for?

Reasons are simple, really. Payback wont have STAB on Machamp and neither will Superpower on Dragonite (bonus points because Dratini Community day already happened lol). Weather Ball Ninetales may be interesting potentially from a PvP perspective, but I’m not really into PvP too much. Plus, with a Rock-type community day, I can get better Rock-types in my box, of which I am currently lacking. I also have a 100% IV Lucky Rhydon I’m saving.

Have any different thoughts? Feel free to share below!

I guess it would be nice to catch a shiny machamp, but shiny ninetales has a better look.

I see what you mean but that’s basically the point of half the CD’s out there. Ex. most of the starters, Meteor Mash Metagross, Smack Down TTar (as a Rock type, at least).

Would Shiny Vulpix be nice? Yeah. Admittingly, yes. But I’d much rather competitive value rather than collector’s items. That’s just me though. Thanks for sharing.

Also not to mention SE Rhyperior isn’t unusable. It’s like Psychic Mewtwo vs. Psystrike Mewtwo. It’s good and still usable, but players have a better option. Also no one mentioned anything that Stone Edge may never be buffed like Psychic was.

This is exactly like Psychic Mewtwo vs Psystrike Mewtwo, except nobody ever had a full team of maxed-out Psychic Mewtwo, because of availability and candy limitations. The worst-case scenario was that Psystrike Mewtwo replaced the random Espeons and Alakazams that were filling out the back half of the psychic team.

I’d love a Vulpix or Rhyperior CD. Mostly because I love their shiny forms, and their CD moves seem to have better synergy.

Weather Ball seems promising for Ninetale’s PVP use. I’m not super into PVP, but Ninetale won’t have much PVE relevance anyway, so a decent PVP move is appealing, even though I’d rather that Niantic add it to its permanent move pool. Rock Wrecker doesn’t yet exist in the game data, but I’m hoping that it’ll make Rhyperior a better Rock attacker in raid.

I’d also be mostly happy with a Dratini CD, mostly because I still don’t have any shiny ones. Superpower might give Dragonite some niche in higher league PVP, too.

I won’t hate a Machamp CD but it’ll be the least exciting one for me personally. Its shiny looks fun, but a Dark type CD move doesn’t seem to offer more useful coverage than Rock Slide in PVP, unless it has a really great stat.

For me Rhyperior ofc. I had in mind, that Rock Wrecker will be implemented somewhere in future and made only Ground Rhyperiors, while my Rock Team are few TTars, Terrakion and Rampardos+ Golem B team. I will gladly welcome shiny also. Shiny Machop would be good to have, but CD move isnt PvE useful. The same is for other options, but shiny Ninetales looks awesome. Dratini would me most meh for me.

I knew that Rock Wrecker would be implemented eventually and was excited for Rhyperior community day because I like Rhyperior, but when I saw it come out in this fashion, my mind changed. I’m hands-down Team Vulpix. Hear me out.

Rock Wrecker Rhyperior is really great, but it won’t have higher DPS than Rampardos (I already simmed out some stuff and no matter how good Rock Wrecker is, even if it’s like Aura Sphere, it still doesn’t pass Rampardos). He may have higher bulk, but his worstened Grass/Water weakness, added Ice weakness, and loss of Bug/Dark resistance makes him end up not really feeling necessarily better than Terrakion, and really not all that much better than Tyranitar, who has useful resistances to Ghost, Psychic, AND Dark. He’s just another face in the crowd, unfortunately. It’s not an improvement for PVP either. Currently Rhyperior runs Smack Down, Surf, and Superpower. He can’t afford to give up Surf, which Rhyperior needs for shield baiting, and can’t give up Superpower, which is mandatory for things like Dialga and Snorlax in Master League. No space in the kit.

Meanwhile, Vulpix has the new shiny, and man is Shiny Ninetales nice. Even beyond that, while Ninetales has no PvE value, there’s double the shiny value (Alolan form AND Kanto form) and actually fairly significant PVP impact. Alolan Ninetales has drastic improvements thanks to Weather Ball (Ice), both to the Charm set that can now actually use some charged attacks ever, and to the Powder Snow set that becomes far more spammy. It’s clear improvement. Kanto Ninetales currently would be running Fire Spin / Overheat / Psyshock. Psyshock is pretty much a guaranteed “stay” move as coverage, so Weather Ball (Fire) competes here with Overheat. Honestly, in PvPoke and the sims it looks similar, but that’s only to the casual eye. It’s important to remember that Overheat always will drastically lower your Pokemon’s attack when used, and costs higher energy. It’s far less reliable, and essentially requires gambling with Psyshock to get its value. Weather Ball performs similarly in terms of damage because of its far lower cooldown and solid DPS, while also being far more consistent and pressuring shields more. It’s a definite improvement. Both Kanto and Alolan Ninetales are potentially great picks for the upcoming GO Battle League too - Kanto form is a strong check to Venusaur, Registeel, and more, while Alolan form is a strong check to the likes of Altaria and Deino. They’re accessible, and good anti-meta. It’s essentially a solid win.

Dratini actually stands the most to gain from the community day. With Superpower as legit coverage, Dragonite probably would improve its gym cleanup, but also has a wildly improved situation in PvP. Superpower lets it threaten the Steel and Rock types that previously threatened it, such as Registeel and Melmetal, along with bulky Pokemon like Snorlax. However, nobody really wants to see another Dratini community day (we’re kind of sick of it), so he’s not going to win, and votes going to Dratini are honestly wasted effort.

Machamp could be very good, but just… it’s not all that necessary, nor all that interesting. Payback is good, but Rock Slide is likely better for clearing out gyms, and Machamp already has enough moves its deciding on for just normal PVP stuff. It’d improve Machamp potentially, but just is probably underwhelming. Also likely not getting enough votes to have any relevant chance.

In short, it comes down to the PvP community’s choice (Vulpix), who’s evolutions see a solid improvement all-around in PvP formats, versus the Raiding/Casuals community’s choice (Rhyhorn), who while I like and want a community day for eventually, doesn’t actually gain much from Rock Wrecerk. I would say go for Vulpix this time, and then take a bite at Rhyperior down the road since it’s very likely to come again eventually. 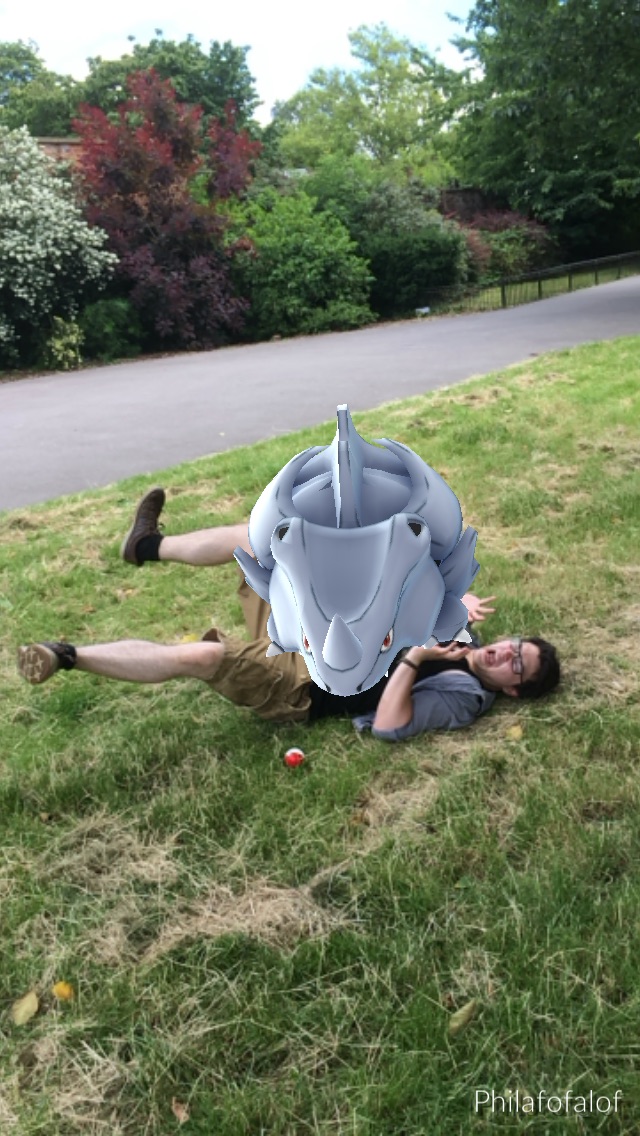 Got me right in the feels brotha! Sucks lol

Team Rhyhorn here. Though, Vulpix is a close second if only because hot damn, shiny Ninetales looks amazing.

I literally don’t care which it is. I’m going to do the research just as usual, no deleting tasks just completing them. Reguardless of which mon I’m “voting” for .

I would say I want Vulpix the most simply because it’s one of my favorite Pokémon. Ninetales doesn’t have good attack, but I’d love to use it for fun.

Rhyhorn would make me happy too. Getting some Rock Wrecker Rhyperiors would be great especially since Cranidos is very rare in the wild.

I don’t want Machop or Dratini, though. I hate when cd exclusive moves for Pokémon have no STAB. I just want to get my raid attackers without having to rely on RNG. Dratini also had a community day in the past.

I have been seen many surveys in twitter, facebook, discord; all of them rhydon is the winner.

So we must get a lot of sinnoh stones.
btw I will vote por vulpix

Dratini also had a community day in the past.

As much as I am rooting for Rhyhorn, I consider this a bad reason to oppose Dratini. Firstly, Niantic will eventually run out of good candidates, and secondly, some previously featured Pokemon would benefit from a second CD and a second new move (think Tyranitar, which has been a huge victim of power creep in later generations).

I hate when cd exclusive moves for Pokémon have no STAB.

In theory, I would be fine with a non-STAB move that will make a species more useful in PvE and has a connection with that species in the main series. Such examples are rare, but I can think of a Magikarp day with Earthquake as the CD move. Kingler, Kyogre and starters with HC are far better Water attackers, leaving gym defence as the main niche for Gyarados. Earthquake would provide coverage against Electric-types and is a popular move for it in the main series, where Gyarados has higher physical attack than special attack and is known for destroying cities.

(That said, Whirlpool as a charge move with stats comparable to Weather Ball would be even more useful for Gyarados. On gym defence, a hard-to-dodge three-bar move would do more damage, while as a Water attacker, it would improve from #7 to #3 in DPS, making it a top choice against adversaries with Ground moves.)

some previously featured Pokemon would benefit from a second CD and a second new move (think Tyranitar, which has been a huge victim of power creep in later generations).

Agreed. While I personally feel Dratini to be a boring pick for this one (I’m honestly sick of seeing the little shite), I do like the idea of mons having a second CD with an alternate move. Using your example of Tyranitar, giving it a CD for Payback or Foul Play would be great as a means of bolstering its Dark DPS.

Swinub needs a re-run. Mamoswine would love Earth Power, especially since Earthquake was buffed and Mamoswine doesn’t have that move.

In practice mamoswine would underperform big time. While ground helps it’s typing more often than not, it’s the opposite here. It’s weak to fire and steel, which it’s supposed to counter, it takes neutral from rock which the other ground types resist, so all what’s left is electric…

That being said, I have a feeling that after Kyurem is out a movepool update will give mamo Ice Fang, which would improve it, since Powder snow is quite meh.

so all what’s left is electric…