What Pokémon would you like to see get a Community Day?

I thought I’d start a thread for people to post their ideas for what a good future Community Day would look like. You can suggest a Pokémon you’d like to see, and a move you think it should get—theorycrafted moves are OK too if they are based on moves from the main series that the Pokémon in question can learn.

I’ll start by suggesting Tympole. This family is already in game but the Shiny version hasn’t been released yet, so a Community Day would provide a good opportunity to add it. Seismitoad is an Ultra-tier “mud boi” that has the same typing and similar stats to Swampert, but currently is less competitive due to having a worse moveset, making it a good candidate for a new exclusive move.

Seismitoad already has two good fast moves in Mud Shot and Bubble, so it needs no help there—where it currently lacks is in the Charged Move department (Earth Power is great but the current options for a secondary move are fairly mediocre).

Fortunately there are plenty of candidates to choose from given how many moves Seismitoad can learn in the main series. Perhaps it would even be an opportunity for Niantic to conduct a poll. The options include:

-Bubble Beam or Icy Wind—both are guaranteed ATK debuffs. Icy Wind is significantly better stat-wise despite lacking STAB, so it would be preferred. Currently Seismitoad can learn Muddy Water, but it only has a 30% debuff chance—therefore Icy Wind in particular would be a major upgrade.

-Ice Punch—slightly cheaper than Icy Wind and also gets higher DPS, but lacks the debuff. Whiscash’s Blizzard is a great existing example of how useful Ice-type coverage can be on a mud boi, and either move would give Seismitoad a similar but much cheaper option. Icy Wind is probably still better due to also getting a debuff without sacrificing much stat-wise.

Hydro Pump—great DPS and gets STAB, but probably too expensive. An Earth Power + Hydro Pump moveset would be very slow, even with the energy generation from Mud Shot, and Seismitoad isn’t overly bulky.

Surf—OK stats and gets STAB, but the Mud Shot+Surf+Earth Power moveset wouldn’t give Seismitoad enough of a unique niche and risks just turning it into a slightly worse Swampert.

Earthquake—redundant since it already has Earth Power.

Payback—very strong even without STAB. A Dark-type coverage move would really make Seismitoad stand out from other “mud bois” and be particularly useful against Giratina in UL. This move has already been used for a different Community Day (Machop’s) so it would be interesting to see it get used again. The only drawback is its relatively high cost—with both Earth Power and Payback, Seismitoad would definitely be most useful as a closer, when shields are already down.

Sludge Wave—redundant since it already has Sludge Bomb.

Grass Knot or Power Whip—both have identical stats in GO. Grass-type coverage on a mud boi would certainly be novel, but probably not all that useful as it overlaps with Ground and Water a lot. There wouldn’t be much of a reason to use one of these in place of, say, Sludge Bomb.

And that’s not even getting into all the possible theorycrafting options.

The verdict? If Tympole gets a Community Day, my first choice for its exclusive move would be Icy Wind, with Payback coming in second.

What would your ideas be?

We’re all waiting for Deino, that’s for sure. Hydreigon with a so far not existing Hydro Cannon dark move, brutal swing? HC level dark move is a tough precedent tho, needs to stay away from GL and UL level meta mons.

they did my favorite fifth gen dragon dirty. Like… Locked to 10K eggs!? REALLY!? 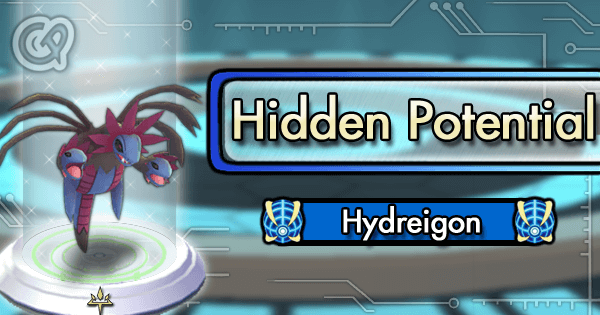 Hydreigon still wouldn’t be any good in PvP - not bulky enough really, it needs some seriously good moves to rise above other stuff as a glassier type. PvE is possible, given the right move - CD worked for Garchomp, but it’ll suffer by being released so far down the track that everyone will have a ton of dark types already.

That said, it’s guaranteed to get a CD and probably this year, as is Axew, but probably next year.

Chandelure, it has one or two moves that if brought into the game would improve it as a fire type if they got the right stats
Magnezone, I just love it and it’s already great, so anything to improve it, Thunder Shock maybe, would be magic
Gigalith, another great looking thing, not sure what it could get to lift it high enough to change anything really though

Tyrogue. I just like the Hitmonfam and Lee and Top could use some additional moves, and I want the shinies. For Chan maybe put in Drain Punch and have it reduce defense(since they won’t put in a healing mechanic most likely), or Mach Punch and have it be a quick-hitting charge move (like Weather Ball).

What would your ideas be?

What would Achoo Day be about? (Maybe Cubchoo)

My family are all very casual players, so we don’t know much about the theorycrafting. But Hydreigion would be nice

What would Achoo Day be about? (Maybe Cubchoo)

Cubchoo, Axew and any Pokemon in the Anime that had a sniffle in any episode.

Wouldn’t any of these now be forced to self-isolate for between 5-10 days depending on the country?

Wouldn’t any of these now be forced to self-isolate for between 5-10 days depending on the country?

They aren’t coming into the regions via the normal legal means so they aren’t required to self-isolate. (Niantic will learn this lesson after the fiasco of Travel Day.)

I’ll start by suggesting Tympole. This family is already in game but the Shiny version hasn’t been released yet, so a Community Day would provide a good opportunity to add it.

Rock Slide is an ideal option, with excellent coverage paired with Earth Power. That makes Seismitoad a faster Quagsire.

You’re right! Thanks for pointing that out. When I was looking through the list of moves it can learn in the main series, I somehow missed that one completely. I saw Rock Tomb (but didn’t mention it as it isn’t that great), but didn’t notice that Rock Slide was on the list too. Good catch!

Lee can’t learn Counter in the main series so getting that as an upgrade for Rock Smash won’t work. So maybe it should get a great Charged Move as a consolation. How about a Fighting-type Leaf Blade clone (70 power for 35 energy), or maybe 65 if 70 is too much. That would fit well with its role as a glass cannon. We wouldn’t want to give that move to Top since it does have Counter, so instead I’d suggest either Body Slam or Drill Run, both cheaper coverage options compared to the current Stone Edge. Lee’s new move could be High Jump Kick or something. That’d certainly be a fun Community Day, almost like the Eevee ones.

I’m surprised no one has said anything like the Charizard treatment. Though that does require Elite TM to get both.

My personal wish list is Togekiss with a fairy fast move that is a pyscho cut type clone.

Or as long as I’m out of the box, what about boosting Hidden Power to be a decent move then making a HP day where any pokemon evolved with HP you got to pick the one you wanted.

I’m for Hidden Power becoming a little better, I like the randomness aspect of it

There’s a lot of stuff which would be a blast if HP was at least something like Fire Spin.

I like Togekiss CD, but prefer the move to be Sky Attack or Aura Sphere.