I just got myself this neat “Instant 6☆ Operator Ticket” and I gotta say:
Before I opened it I was actually thinking of instantly getting Big Bro Silver Ash . . . but then I looked a bit closer at all the options and daaamn! Silvie is not the only badass there!!!

Before we start, he’s a list of all the Operators on the list I already have:
Part 1

And here are the ones I want to pick from:

Reunion Guard: I was once an Adventurer but then I got an holy arrow to my knee . . .
(A lot of people seem to skip this oily Sniper but I believe that with the help of my Ch’en she could do quite some damage!)

The Saga of Saga and Roberta!
For the cost of my hearing I could complete the requirements to create the most kawaii Duet in Arknights history!
(Also this doggy is quite amazing in the right hands!)

If I had a single coin for every Tank with the Name Saria or Zarya . . . I would have 2 Coins, which isn’t much but it’s strange that it happened twice!
Also, tanking, murdering and healing all in one??? That’s gotta be worth investing in!!!

And last but not least: Strong as a mountain! Who wouldn’t love seeing a huge buff Tiger beat up opponents into oblivion??? And with his bare hands no less!!!

Give me a bit of inspiration or something! Who did you guys pick???

Just roll dice and let gacha decide for you

The selector is there to help some doktah to escape the gacha hell a bit.

So Aak, Mountain, Saria and Silverash are all on that - not to mention Silverash and Saria may arrive from Top Operator on the daily recruitments or in the yellow cert shops at any time.

There’s also this chart to take a look at, for when new ops are expected to arrive in the yellow cert shop: So I’d be choosing one of the ops that is furthest away:

Joint Ops 5 has Saga, 2 ops you own and Phantom who I guess you don’t want - so it would be a bad idea to roll on this

But who knows, maybe Archetto will be on Joint Ops 6 with some other operators you don’t own and it will be a good banner to roll on.

So…
I vote Saga and have explained my reasoning, but the way these things go, you pay $30, get a shiny new operator and then the next time you roll you get spooked by that very same operator.

Make sure you wait until the day the deal will expire to buy or use it though, so that at least you can’t get spooked the next day by a free roll and will have more info about the next standard banners.

Sweet! Thanks a million!

Besides: I tried the simulator and got Saria after 12 pulls!

When I see this ticket, or any other choice ticket, I think that it should used on someone/something you would like, rather than what people consider “meta”. So I would go with someone that either looks nice/has really rad skin, or someone that is irreplaceable and fun to use.

If it were me, I would do Passenger or Aak. Both have fun playstyle and a unique kit that nobody else is able to replace.

But, with this being said, you may not be me, in which case you do whatever you want.

If you are picking mainly for gameplay use, I’d go Saria > Mountain > Saga. If not for gameplay then anything goes xD I personally went with Passenger 'cause I wanted to max pot my top tier husbandos.

SA is a heckuva delete button when you need one but you already have at least Surtr for that role.

As for Aak, unless you really want to run a full on buff/debuff team, I would hold off getting him. I’m guessing you already have other ops like Warfarin for that role.

Archetto is pretty fun to use is but she is no Ash or Exu. If you already have a couple of snipers built, I’d skip her unless you just want to bring a new face along on a stage.

Mountain is a great lane soloer with sustain with his S2. Pretty much just deploy and forget most of the time. His S3 is solid too for burst damage (also can murder those little sarkaz sentinel dudes without triggering their fubar signal).

Saga is like a guard that generates DP on the side. Noisy af though haha. S2 is very spammable and fun to use especially in long anni maps where it is just 20 minutes of her shouting nonstop lol

Whichever op you end up picking, hope you have fun using them in your strats!

I have most of 6 star and lot of them under level since you can only bring 12 or less if you need thurst farm, but for my exp, saga will never be used since you only need mirtyl/bagpipe for dp gen, and silverdaddy hardly need in normal/event stage. Archetto is sweet girl but her role can easily replace by exu or even bp. If i were you i would choose thorn/mountain

In my opinion it should be 14 Operators and the Friends Operator as the 15th! 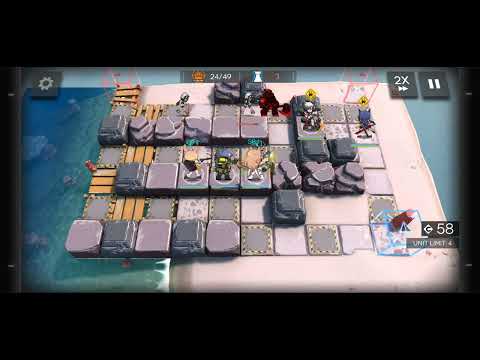 If it were me, I would go with Aak or Archetto. I myself have Archetto, and they give DP like it’s candy, whilst dealing good Damage.

ROFL I love how Aak is so unique and crazy that there is no easy way to describe him!

You do have a point tho!
Mountain is coming on the next banner anyway!

And if I’m honest, almost every third Player has Silver Ash on the support!
So technically I could still use him even if I don’t own him!

Yeah, I forgot to point that out. So many people have SilverAsh support unit, whilst I had to wait three minutes to get an Archetto one. (Which is a little bit longer than I want to wait…)

Aak also happens to be one of my favorite units in the game. Super unique playstyle while being extremely useful (When not killing off my Operators, that is), makes them enjoyable on any team. Sadly, I do not have Aak, but I have a ‘friend’ who has a Mastery Rank 3 Aak at max level set as a Support.

Is Kroos that good tho?
I heard surprisingly often people say that they use her but . . . Can she actually keep up at later content?

For me, yes. I almost always bring Kroos to every level. Part of that was because I didn’t have an Elite-2 Anti-Air Sniper. But now I do, and Kroos still keeps up!

SilverAsh, Mountain and Thorns are my only main picks from the list, since Thorns and Mountain are really good lane holders while SilverAsh’s S3 is all you need from him. If you’re hurting for lane holders, it’s the former two and if you need a nuker, Silver.

Mountain is on the next banner tho!

Why tho? I thought for an Operator that can’t turn E2 she would be quite limited . . .