Considering he got a Townie killed and has just been seemingly rando accusing people, on top of not really having done anything two nights in a row…

Look, if anything, I’ll try to do something by N3/N4 and avoid pulling another Rambu.
Because I need to actually find a maf to help you guys out.
Otherwise I’m a sitting duck and I don’t want to pull a TMFM when I know I can help you guys out in future nights.

If I recall I don’t think they had any reason to suspect her, and if anything didn’t really have reason to attack her out of nowhere either, especially considering the risk of having Doble Passe backfire on them

For those of you familiar with them, would it be in character for them to attack people out of nowhere like that?

No, TMFM is usually very calculated and doesn’t attack people randomly from my experiences

TMFM usually has a purpose for what he does

I just know for sure he doesn’t hit people randomly

So them attacking Rodica like that was out of character then?

Honestly I don’t even know why TMFM attacked.
Perhaps it was because they actually forgot about Doble Passe…
Which sounds stupid as it can get.
Or…
It was a potential card that made TMFM forcibly attack Rmun (AKA Maf shenanigans).

I was thought of this

@jakeybitchette
When does this Day end?

While I do believe these were caused by the crystals at the beginning of the night story it raises the question of why TMFM was damaged by their exploding monster, and why terranort is presumably unharmed upon losing theirs

Actually, I have a potential hypothesis.
Perhaps it’s because of the end result of their actions:
When a monster attacks and deals damage/destroys a monster, the attacking monster is then destroyed, and both players are dealt damage if damage was dealt.
However if no damage was dealt, then only the monster is destroyed.

Could it perhaps be an effect only triggered by battling?

Either way we need to narrow down the list of suspects fast, I believe looking into the ones who buffed F2J would be an adequate start?

A lot of bitches went to talk to Clueless tonight. First was Snake, who gave them some good shit. Then **** followed up and gave them some even more dank shit. The Demon Twink tried to suck Clueless’s dick, but nothing happened. Steve was watching all this shit to make sure no funny business happened and walked away satisfied. 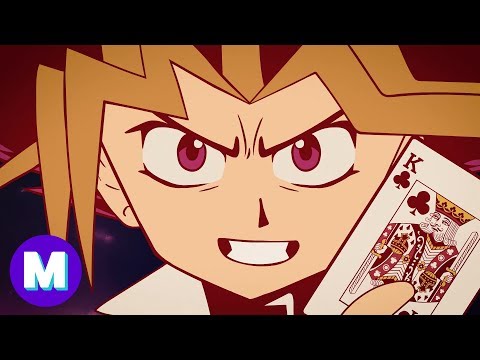 Perhaps it’s because of the end result of their actions:

So basically, we’re fighting the consequences of our actions

We know that Chazz is a possible candidate and I do suspect GARcher for that, but for now they’re of aid to us so I’m putting my suspicions aside for the time being

I found some video game people who use it too

Chazz is one, Banner was another, Mimicry is one, and the last is Pablo

That last name made me laugh

Chazz used Copy Cat in GX…
And that was after his North Academy arc…
However, I brought this up, but perhaps it’s Dimitri who took F2J’s identity…
Or a shapeshifter idk.