Super Poly was mentioned at the end of the story.

This thing. It had to be made through sacrifices in the anime. 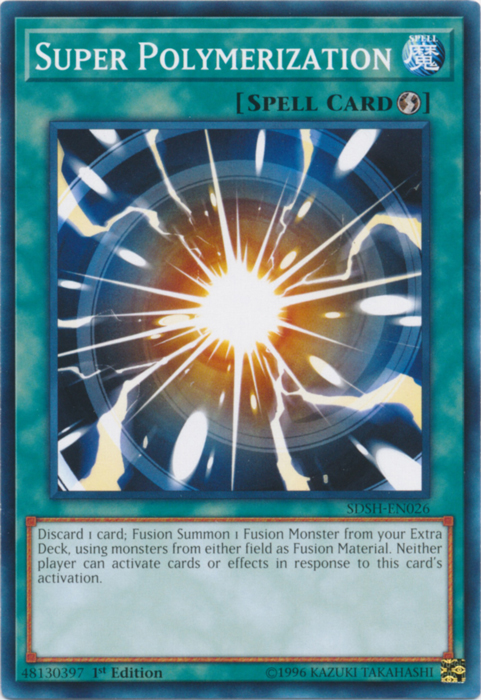 HELLO besties, two quick things to go over with everyone.

First and most obviously, LeiCiel is hostile and I’m assuming Sarina, though is the possibility, I should point out, that she could also be Yubel - but either way, her monster cannot be destroyed in combat. Out of combat effects don’t work either; I tested that last night with an effect that was specifically meant to destroy anyone who would attack/counterattack, and it failed to work.

SECONDLY, and please for the love of all that is holy do not let this go to waste lol, @Agayracer is HOSTILE as well.

King of the Storm ordered their ??? monster to attack ****'s Dark monster, but **** took a long, hard look at them before cracking a smile. That said, Dark monster was easily overpowered by the ??? monster, massively damaging their life points!

He is the title stealer and has a monster with more than ~1900 points.

I decided to investigate him last night (I have been doing this the whole game but had no luck), and FINALLY got results that he Attacked me; I also confirmed with jakey that it cannot be fooled.

Attack him if you are able and have a monster with beefier Attack just to be on the safe side of things - Lei should still be the priority though, because she should or at least I hope that she is the only hostile with that kind of passive damage immunity effect.

It does leave room, now that I think about it, for Agar to be Dimitri since his title means nothingness and he lacks an identity, but it could be Sartorious with the ability to control monsters with the Light Ruler. This is kinda less important, but just speculation on my part to help figure out the rest of his kit.

Also - I am very much dying lol. My monster is down and my LP aren’t looking so good, which is why I’m sorta laying it all out there in the likely case I die.

Any help would be appreciated, but that’s all for now.

Wait, Agay is the title stealer

All the besties hurting me today

…wait someone stile my title?

This is slow lol

Really though.
FGO NPs ruined me on game speed.

@Agayracer is HOSTILE as well.

AP physics has started I’ll be back I swear

Me mentally and in my DM with jakey: I’m not on the list of your besties lord?

I’ve been stabbed in the back right to my face

Doesn’t feel quite so pheasant does it?

Or was it all just a lie?

Lord has plucked your feathers

So we have two hostile targets now

Which are Lei and Agay right?
Also how did we deduce it was Agay again?